This past week, the mornings have been foggy, damp, and cool.  It has made for some beautiful scenes on the drive to work, slightly more treacherous, but definitely beautiful. Such was the case this weekend when I decided to head out to Ansbach to see the old stomping grounds and visit a  couple of friends.  I waited a couple of hours for the fog to lift and off I went.  The green rolling hills of Bavaria were a sight for sore eyes.  I arrived in Ansbach around noon and was pleasantly surprised at how much I remembered and how easily it was to navigate around the city.  It got me thinking about memories and the triggers to memory.  It’s so interesting to me how a single sensory cue can trigger memories that haven’t been accessed for many, many years, just a sight, a smell, a touch, a feel, a sound and all of a sudden, an entire inner world of experience opens up which leads to other thoughts, memories, feelings… 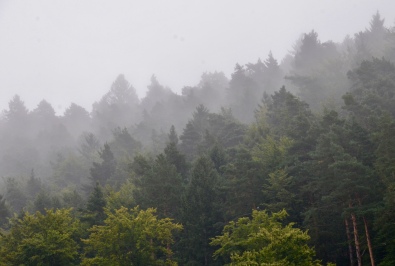 My first stop was Schwarzer Bock, the family owned and operated hotel where I lived for several months.  I wasn’t sure anyone I knew would be there, but sure enough, two of my favorite folks were there, Jessica, the best hotel professional in Germany, and Christian, the best co-owner and manager.  We had a wonderful visit and I enjoyed their famous traditional German cuisine.  The visit, the sensory triggers, my age made the visit very nostalgic.  As I departed with smiles and hugs, I couldn’t help wondering if I would ever see them in person again.  The remainder of the weekend, the importance of soaking up every ounce of my experiences was weighing heavy on my mind 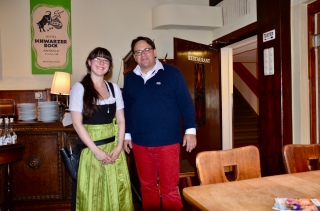 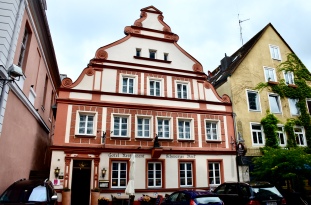 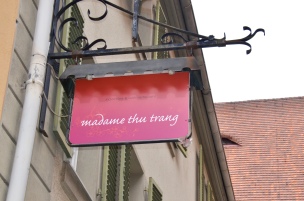 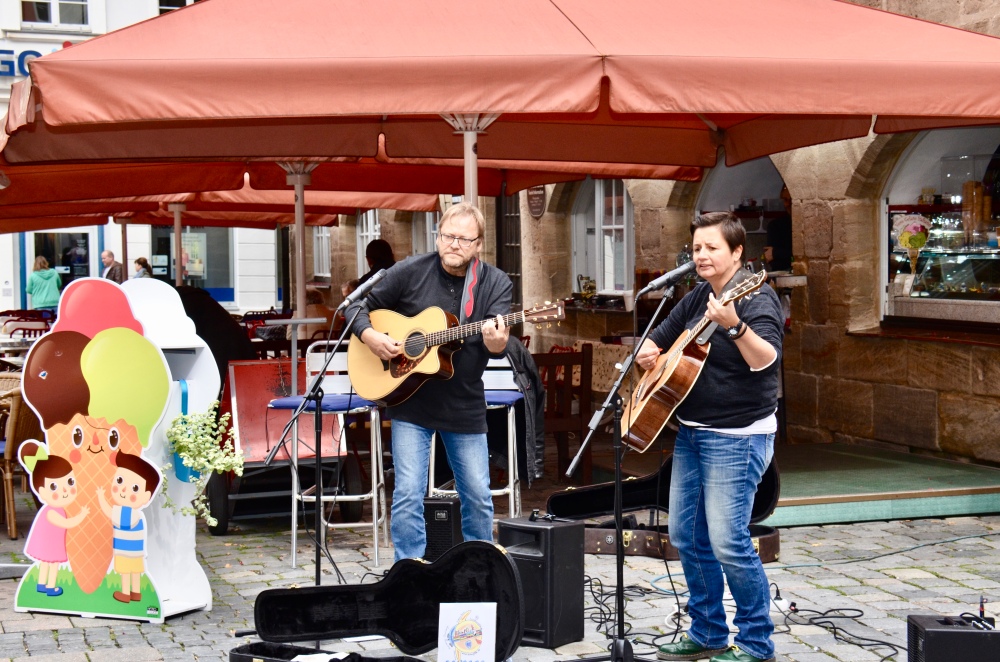 Walking through the cobblestone streets in the town center of Ansbach, a flood of memories came to mind.  I thought of the countless times my colleagues and I ate crispy duck at Madame Thu Trang and my late night dinners at Tuscana’s where the owner would sit down with me as the last customer and talk about his day and finally toasting the end of a successful day with a shot of grappa while flapping one arm briskly in chicken dance style.  The restaurant was not open yet on this visit…a good guy and a good friend…a hard-working man who showed me how to live life with passion.  I visited a few familiar shops and listened to street musicians for a while then headed back to Kaiserslautern.  The autobahn had its usual moments of exhilarating speed, views of natural beauty and construction slowdowns.  All in all, a great day leaving me with much to think about.

Yesterday, I decided a day trip to the oldest city in Germany was in order, Trier, a city located in German wine country along the Moselle River.  The drive over, a little over an hour, was spectacular with hills, forests, and vineyards visible from all directions, picturesque country which seemed to come to life the farther I drove.  In fact, when I walked around in the town center, I found a tree that really did come to life (see the video below).

Trier was established in the 4th century…BC.  Wow, can you imagine all of the people who have played a part in the history of this great city.  It’s mind boggling.  Of course, the Romans had a huge influence in Trier.  Walking along the cobblestone streets which tell a rich story of the past and the present, it’s hard not to marvel at the structures still remaining that were created by the Romans.  The monstrous, Porta Nigra (black gate), is the largest Roman city gate north of the Alps.  It was completed sometime around 200 AD.  It is a site to behold.  The current Cathedral of Trier was another breathtaking structure completed around the 4th century AD.  It is reported that it houses two relics of interest, the robe that Jesus wore prior to his crucifixion and a nail used on the cross of His crucifixion.  The more of this world that I visit, the smaller it seems to be, like a tapestry of interwoven threads that connect us all, not only in the present, but in the past and the future.  What a work of art, don’t you think? 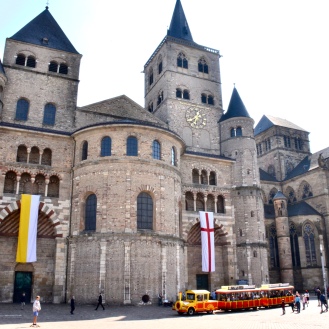 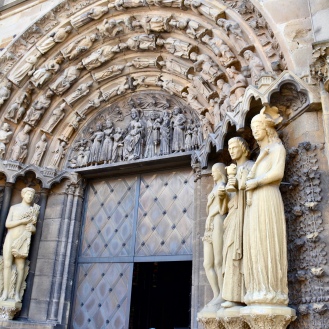 As I sat at an outdoor cafe, I couldn’t help but wonder how many of the many people on the streets were descendants of ancient relatives who worked hard and struggled to build such a magnificent city.  The city was alive with street performers, merchants, visitors, statues, fountains, and museums.  In fact as I was walking down the street on the way to the center of town, I happened across a museum that grabbed my interest.  It was the childhood home and now museum of Karl Marx.  He was born and raised in Trier.  He was a philosopher and an economist.  It’s interesting to note that he became a man without a country as he spent time in Germany, France and England.  He spent no time in Russia and apparently had no interest in the establishment of a communist nation.  The english section on the interpreter device didn’t work…conspiracy?…It was a little weird walking around in his house and hanging out in his garden. 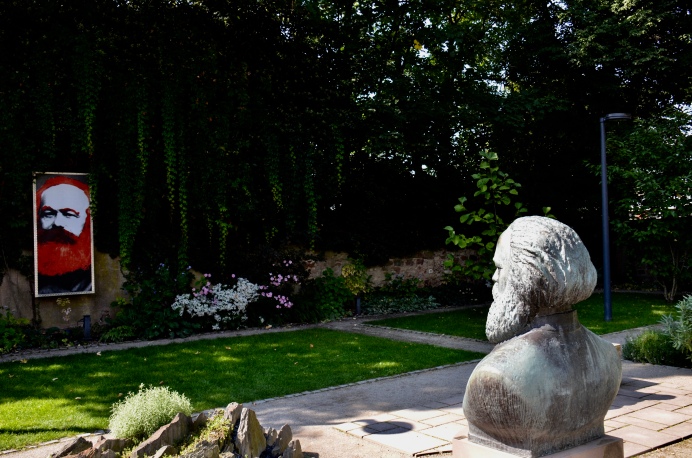 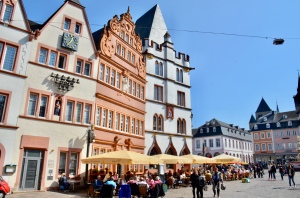 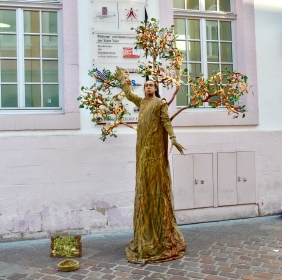 A few hours ago, I heard of the passing of one of my hometown classmates, Janette (Ramsey) Garber.  In our youth, we spent many hours together at church, Sunday School and youth group.  I’ve had little or no contact with Janette until recently as a result of the miracle of Facebook.  It was really enjoyable reading her posts and occasionally interacting with her.  I will miss her and I wish her family well.  We surely are not guaranteed the next week, the next day or even the next hour.  Heavy on my mind is the need to soak up every moment and to express my appreciation to every one of you I have come across in my life and have become a part of the tapestry that is my life.  Thanks to all of you for taking the time to read this entry.